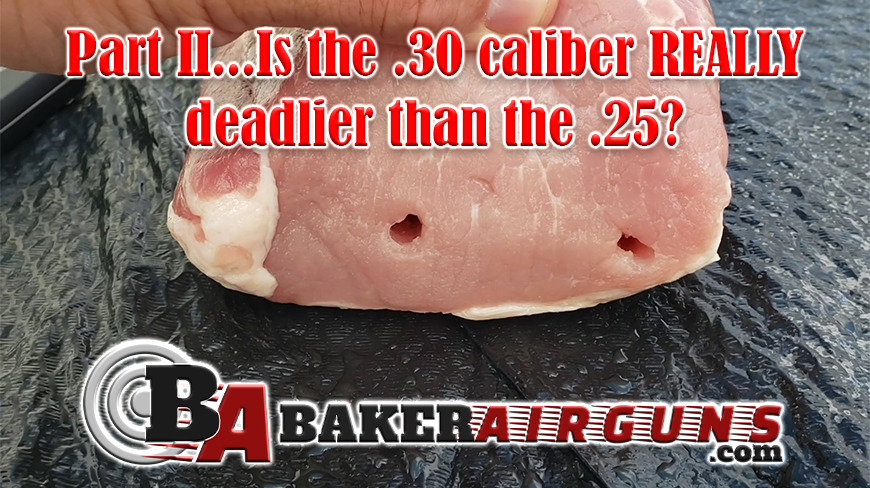 I knew it.  I knew that my first presentation on this subject would make a lot of you angry.  How dare I assert that a thing with a smaller number is actually deadlier than a thing with a larger number?  That’s counter-intuitive.  I know that we humans don’t like counter-intuitive things, but the universe and reality don’t care what you like.  They are what they are, and you’d do well to accept it.

For instance…the Earth is not flat, and you are not sitting still.  You are moving at thousands of miles per hour right now.  Yeah….you.  Sitting there reading or watching this.  I think most of us have learned that the Earth is a sphere.  I would also assume that most of us are aware that the Earth spins on it’s axis and revolves around the sun, but do you know how fast?  The Earth spins on it’s axis at about 1,000mph (depending on your latitude) and revolves around the sun at about 67,000mph.  SIXTY-SEVEN THOUSAND MILES PER HOUR!  You don’t even want to know how fast our solar system orbits the center of our galaxy…but I’ll tell you anyway.  It’s about 500,000mph.  Yeah, FIVE HUNDRED THOUSAND MILES PER HOUR! You are not even remotely sitting still right now despite the fact that you surely feel like you are.  You are COOKING through space at a half of a million miles per hour.  Walk up to someone on the street and tell them they’re going 500,000 miles per hour right now and see what they say.  They’ll probably look at you like you’re insane.  It’s counter-intuitive…but it’s absolutely true.  So is my assertion about the deadliness of .25 and .30 caliber airguns at the same energy level and with domed pellets…and this should prove it.  Let me just say now that I used the exact same rigs for this test that I used in Part I.  A .25 caliber FX Impact X with a 700mm barrel shooting the JSB King Heavy MkII 33.95gr pellet at 965fps average, or 70.21ft-lbs average…and an FX Impact M3 Compact shooting the JSB Exact 44.75gr pellets at 843fps average, or 70.63ft-lbs average.  Everything I say in this article is in reference to these two exact rigs set at the same energy level.  Directly below is the link to the video that accompanies this article.  I highly suggest taking them both in for the full story.

Firstly, let us define “deadliness.”  It is unanimously accepted in the firearm world…from the FBI to the US Military to ammunition manufacturers to medical professionals…that shot placement, sufficient penetration, and permanent wound size are what determine how “deadly” any gunshot wound will be.  This also directly applies to airguns.  Concepts like “knockdown power” or “hydrostatic shock” are not part of established testing protocol.  Nowhere in the FBI testing are “hydrostatic shock” or “knockdown power” measured.  Despite this, the most common counters to my assertion included these words.  “The .30 has more knockdown power.”, was said to me in comments.  “The .30 produces more hydrostatic shock.  I’ve seen it with my own eyes!”, was said to me in comments.  This is nonsense, and just like the FBI and all other reputable ammunition testers on Earth, I will not be taking these things into account in my testing.  Therefore, the criteria I will use to judge “deadliness” are the amount of penetration and the amount of permanently damaged tissue….again, just like all other reputable ammunition testers.

While I hate anecdotal evidence and purposely left it out of Part I of this examination, I feel I must include an anecdote.  Part of what spurred me into thinking about this subject to begin with was an experience that a customer of ours had.  He is a butcher and wanted an airgun to dispatch hogs with from point blank range.  He bought a popular .30 caliber airgun that produced about 70ft-lbs of muzzle energy and some JSB 50.15gr pellets.  After a few days he comes into the shop and says, “It didn’t work.”  He then proceeds to tell me the whole story and actually showed me video of the gun failing to do it’s job.  Granted, these were 200+lb animals and the shots were taken downward at the top of the skull.  I saw with my own eyes that the pellets would literally bounce off of the skull.  The animals were then dispatched with a firearm.  I’ve also seen with my own eyes, smaller hogs being taken at longer range with better shot placement (less skull to penetrate) with a .30 caliber airgun.  I’m not saying that it’s impossible for a .30 cal to kill a hog.  I’m saying that in this particular instance it did not.

Because of this, and because of what people assume they can do with large caliber airguns, hard target penetration absolutely equates to the “deadliness” of an airgun.  As illustrated in the previous paragraph, a pellet that does not penetrate the skull is useless…and there is obviously a limit to what a projectile can penetrate.  To quantify the difference between the two calibers, I shot a bunch of different types of wood until I found a combination that would show you the difference.  I found two 1/2″ thick pieces of oak and separated them by one inch, then shot them with both guns from 10 yards.  In short, the .25 penetrated both boards completely, while the .30 penetrated the first and literally bounced off of the second.  It didn’t even stick.  What does that mean?  That means that the .25 will unquestionably penetrate more hard material than the .30.  This is the difference between penetrating into the skull or bouncing off of the skull.  Obviously, the one that penetrates into the skull is the deadlier of the two.  Winner of this category…25 caliber.

Now onto “soft target” testing.  One of the main complaints I heard about my previous testing was that I used ballistics gel, and that you cannot equate performance in ballistics gel to performance in tissue.  That’s fair enough, so this time I used two pork loins placed end to end for my soft target medium.  Spoiler alert, the results were almost identical to what I observed in the ballistics gel.  I shot the pork with both guns from 10 yards.  Upon examination I found that the .25 penetrated about 21″ into the pork, and the .30 penetrated about 17″ into the pork.  There was no observable difference in the size of the entry wounds or wound tracks.  The only real difference is that the .25 penetrated about 24% deeper than the .30.  This means that the .25 damaged about 24% more tissue than the .30, and also had a better chance of reaching vital organs.  Again, the winner of this category is the .25…as it penetrated further and created a larger permanent wound.

I again assert, with a mountain of collected evidence for you to look at, that when both guns are set at 70ft-lbs (reasonable and often used settings for both guns) and using the exact projectiles that I used in this test…the .25 caliber is the deadlier than the .30 caliber.  Yes, I really do mean to use the word deadlier.  It is not the wrong word to use, although many of you told me it was.  I’m absolutely certain that some of you will still disagree with me and argue with me, but I must pose the question….”Upon what is your objection based?”  I have no interest in making any caliber look better than the other.  Please believe me when I say that I don’t care which one is deadlier.  I’m just telling you which one is.

If you’re like me, Made In America means something to you.  Sure, other countries can produce some fine goods…but when there is something exceptional made right here in the good old USA…that’s the one I want.  The American Air Arms EVOL is one of those exceptional things made here in America….and yes….I want one!  The … END_OF_DOCUMENT_TOKEN_TO_BE_REPLACED
Read More »

Leave it to FX Airguns to take a fantastic gun and make it better.  This is surely the case with the new Wildcat MkIII BT.  BT meaning that the gun now has a carbon fiber bottle, but that’s not the only improvement made.  The new BT also now has two AMP regulators and the same … END_OF_DOCUMENT_TOKEN_TO_BE_REPLACED
Read More »

Every once in a while, a combination of things that have existed for some time come together and are so good that you ask yourself why you haven’t been doing this already.  I think this is the case with the airgun and the LPVO, or Low Powered Variable Optic.  If you make that a semi-automatic … END_OF_DOCUMENT_TOKEN_TO_BE_REPLACED
Read More »

Hi everybody.  Today’s review is on the new flagship scope from Hawke…the Frontier 34 SF ZS FFP.  The acronyms stand for Side Focus, Zero Stop, and First Focal Plane.  The 34 stands for the massive 34 millimeter main tube.  The scope has all of these attributes, and many more.  With a price tag into the … END_OF_DOCUMENT_TOKEN_TO_BE_REPLACED
Read More »

Hi everyone.  This article is going to show you how I set up a gun for field target competition.  Specifically, for Hunter Field Target.  There are different classes in field target, and Hunter is by far the most popular class.  It’s also where I’d recommend starting out if you’re new to field target.  I wrote … END_OF_DOCUMENT_TOKEN_TO_BE_REPLACED
Read More »

I’d bet a dollar that most of us airgunners started with a multi-pump when we were kids.  I know I did.  The Daisy 880 and the Crosman 1377 were my first two.  Many more followed, and I literally cannot even guess how many thousands and thousands of shots I’ve taken with a multi-pump airgun.  Perhaps … END_OF_DOCUMENT_TOKEN_TO_BE_REPLACED
Read More »
Loading...