Home / General Info / Don’t point that thing at me! (Airgun Safety and You) 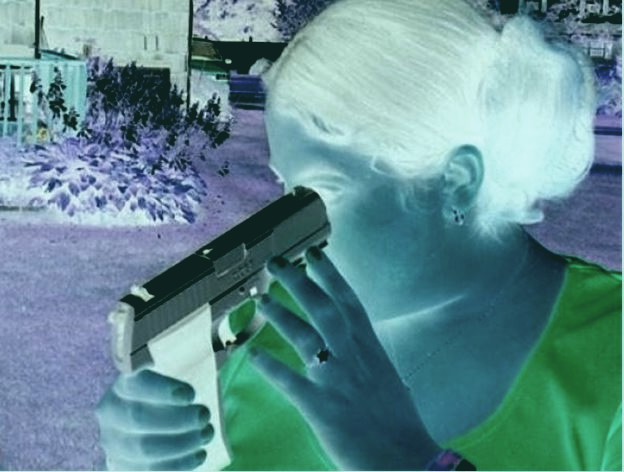 Airgunning is an extremely pleasurable hobby.  It is enjoyed by young and old, boy and girl, and the skilled and unskilled alike.  An airgun is commonly the first kind of “gun” that someone will fire.  Such was the case with me and countless others that I know personally.  I often hear people mention that an airgun is a good first gun because it is less dangerous than a “real” gun….and that is entirely incorrect.

A while back, I made a video and posted it to my ALL THINGS AIRGUN youtube channel entitled “Can an airgun kill a person? (Airgun Safety and You).”  That video is below this paragraph if you’d like to see it.  The title was purposely provocative, if not purposely misleading.  It was in line with other extremely popular Youtube videos where people shoot coconuts and pig heads to try and determine if an airgun can kill a person.  I chose a different approach, and used published data from reputable sources to inform you that yes….people are killed with airguns every single year.  Far more are “only” seriously injured…but yes.  It is a well known fact in the medical community that even a Daisy 880 with a BB has killed a person from a shot in the chest.  That gun produces about 7 or 8fpe max….but that’s apparently enough.  More info on this topic can be found in the video.

As the title suggests, my video didn’t just cover whether or not an airgun can kill a person…but also how to safely handle ALL guns.  When it comes to safety, there is no dividing line between an airgun and a “real” gun.  Airguns are very real guns and must be treated as such.  It is my goal to both convince you of that fact, and to provide you with a general set of rules that will keep you and everyone around you safe while you’re handling any gun.  These rules were taught to me by the United States Marine Corps.  You may think of them as commandments, as your fate depends on whether or not you follow them.

These are the 4 Gun Safety rules:

While I must be somewhat succinct, let’s expand a bit on each of these rules.

Treat EVERY weapon as if it were loaded.  This rule is as simple as it sounds.  It basically means to ALWAYS follow the rest of these rules.  Always means always.  It does not matter if you just cleared and checked the gun in your hand.  Even if you did, and you’re looking at an empty chamber…NEVER point it at anything you’re not willing to shoot…ALWAYS keep your finger straight and off the trigger…and ALWAYS keep the weapon on “Safe” until you intend to fire.  Are you getting the idea?  If you do some searching on “accidental” shootings, you will find that the most common response from the shooter who just “accidentally” killed his kid or his dog or whatever is “I didn’t think it was loaded.”  EVERY gun is ALWAYS loaded…even if it isn’t.  Treat it as such.

Never point a weapon at anything you’re not willing to shoot.  This rule is sometimes made more complex than it needs to be.  I’ve heard versions like, “Be sure of your target and what’s behind it before you fire.”  I do not like this.  If you think about it too long, it doesn’t make any sense.  It just says to be sure what it is, not sure you shouldn’t shoot it.  Leave it simple.  If a big fat delicious looking rabbit is in front of a baby in a stroller…can you point your gun at the rabbit?  No, because it’s also pointed at a baby in a stroller.  Are you willing to shoot the baby in the stroller?  Hopefully the answer is no, and therefore you should not be pointing your gun in that direction….much less take a shot at the rabbit.  The fact that the rabbit is in front of the baby is irrelevant.  There’s a baby in that direction, so DO NOT point your gun there.

Keep your finger straight and off the trigger until you’re ready to fire.  Again, this rule is fairly simple.  Never, EVER put your finger on the trigger of any gun unless you are literally ready to take the shot.  Don’t put it on there when you’re aiming.  Don’t put it on there because you see something moving in the bushes.  You put your finger on the trigger ONLY to make it fire.  Not to aim at a target, not to identify a potential target, nor ANY other time except to purposely take your shot.  I have this rule so ingrained in my brain that my finger is straight and off the trigger when I grab a bottle of Windex or a drill.  I suggest that you make the conscious effort of keeping your finger straight, as well as off the trigger.  The straight part is crucial, as a bent finger can easily “accidentally” trip a trigger.  I’ve seen it happen more than once.

Keep the weapon on “Safe” until you intend to fire.  This rule is your last bit of protection from yourself and from circumstance.  If all else fails, meaning that you have broken the other three rules, this rule is your safeguard.  I’m NOT saying that you can be safe by only following this rule.  I’m saying that if you’re walking through the woods stalk hunting with a loaded chamber and you happen to fall down a hill and instinctively grasp what’s in your hand (your gun) and your finger somehow ends up on the trigger and your muzzle somehow ends up pointed at the buddy you’re hunting with….this rule can save the day.  I hear some folks say they’re annoyed by automatic safeties, and even that some people disable them.  These are not prudent people.  Deal with the annoyance.  It’s for your own good.

I could expand greatly on each of these rules.  I could also site instances of tragedy that I’ve personally witnessed by someone not following these rules.  In fact, I do so a bit in the video above.  I suggest you watch it.  I run the four gun safety rules for 20 seconds at the beginning of every video I make for my ALL THINGS AIRGUN channel.  Before I ever hand a “noob” any gun, I teach them these rules and make them repeat them to me before I’ll actually hand them the gun.  These rules are posted all over the walls here at Baker Airguns.  Do you know why?  Like I said, I’ve personally witnessed the tragedy created by not following these rules.  Also, being that I work at an airgun store and commonly go where large groups of people are shooting guns, I see these rules broken more than they are followed.  Even by long time shooters.

There is no room for anyone to ever break any of these rules.  I started this blog by saying that “Airgunning is an extremely pleasurable hobby.”  I mean that, and stand by my statement.  If these four rules are followed, it’s also a perfectly safe hobby.  If these four rules are not followed, then it’s just a matter of time before something terrible happens.  Follow the rules and your enjoyment is unlimited.  Break them, and you will pay dearly.  The choice is yours.

If you’re like me, Made In America means something to you.  Sure, other countries can produce some fine goods…but when there is something exceptional made right here in the good old USA…that’s the one I want.  The American Air Arms EVOL is one of those exceptional things made here in America….and yes….I want one!  The … END_OF_DOCUMENT_TOKEN_TO_BE_REPLACED
Read More »

Leave it to FX Airguns to take a fantastic gun and make it better.  This is surely the case with the new Wildcat MkIII BT.  BT meaning that the gun now has a carbon fiber bottle, but that’s not the only improvement made.  The new BT also now has two AMP regulators and the same … END_OF_DOCUMENT_TOKEN_TO_BE_REPLACED
Read More »

Every once in a while, a combination of things that have existed for some time come together and are so good that you ask yourself why you haven’t been doing this already.  I think this is the case with the airgun and the LPVO, or Low Powered Variable Optic.  If you make that a semi-automatic … END_OF_DOCUMENT_TOKEN_TO_BE_REPLACED
Read More »

Hi everybody.  Today’s review is on the new flagship scope from Hawke…the Frontier 34 SF ZS FFP.  The acronyms stand for Side Focus, Zero Stop, and First Focal Plane.  The 34 stands for the massive 34 millimeter main tube.  The scope has all of these attributes, and many more.  With a price tag into the … END_OF_DOCUMENT_TOKEN_TO_BE_REPLACED
Read More »

Hi everyone.  This article is going to show you how I set up a gun for field target competition.  Specifically, for Hunter Field Target.  There are different classes in field target, and Hunter is by far the most popular class.  It’s also where I’d recommend starting out if you’re new to field target.  I wrote … END_OF_DOCUMENT_TOKEN_TO_BE_REPLACED
Read More »

I’d bet a dollar that most of us airgunners started with a multi-pump when we were kids.  I know I did.  The Daisy 880 and the Crosman 1377 were my first two.  Many more followed, and I literally cannot even guess how many thousands and thousands of shots I’ve taken with a multi-pump airgun.  Perhaps … END_OF_DOCUMENT_TOKEN_TO_BE_REPLACED
Read More »
Loading...