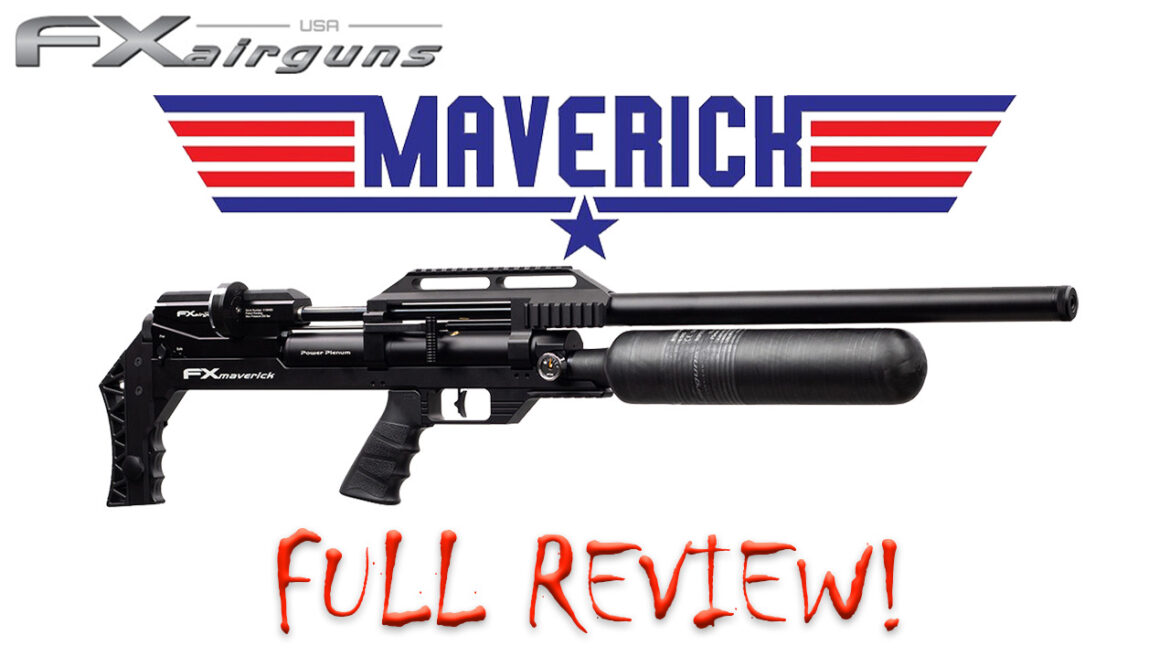 A few months back, way before the new FX Maverick was announced, I was introduced to one of the prototypes.  As soon as I held the gun I thought to myself, “Man!  This thing is really awesome!”  Having first hand experience with most high end airguns, only the finest will really….take my breath away.  The Maverick did just that.  It’s kind of an amalgamation of an Impact and a Wildcat.  “What will this mean to my beloved Impact?”, I wondered.  “Have I….lost that loving feeling…for my Impact?”  As far as I could tell, I was on the….highway to the danger zone.  But alas, the new Maverick is it’s own gun altogether.  It replaces neither the Impact or the Wildcat.  All three of the guns have their own unique attributes, and there is room in any collection for all three.  The link below is to the full review video that accompanies this written report.  I suggest taking them both in for the full story.

As I said above, the Maverick has attributes of both the Wildcat and the Impact….but it’s definitely it’s own gun.  It has and extremely large 89cc plenum, and is designed to shoot heavy pellets and slugs.  It has not one, but two AMP regulators that work in tandem.  FX says that this will result in a more consistent working pressure.  There is also a slug power kit that will soon be available for the gun, which will really wring the most power possible out of the gun.  All Maverick’s ship with the Smooth Twist X Superior Standard liner that works well with pellets, FX Hybrid Slugs, and other lighter slugs.

The gun I used for my review is the .25 caliber Sniper version with the DonnyFL moderator.  While you can obviously tame the gun down with tuning, what I wanted to know was how powerful could I make it in stock form?  Therefore, I maxed out the hammer spring adjuster and adjusted the second regulator to 150BAR and the first regulator to about 180BAR.  A thirty to thirty-five bar difference between the two regulators is what FX recommends for the best performance.  There is a great FX Masterclass video with Ernest Rowe showing you the correct procedure to adjust the regulators.  It’s very simple, and I suggest watching it if you have a Maverick.  Keep in mind, FX lists the maximum power output of the guns as tested with the slug power kit installed.  The guns do not ship with this kit installed and it must be purchased separately.  Having said that…I easily achieved about a 940fps average with the FX 33.9gr pellets, producing about 65fpe using the tune listed above.  That’s some serious “How do you do?” from a .25 caliber airgun. What is even more astonishing, is that I got over 90 shots per fill at that tune.  That’s right, over 90 shots!

Of course, all that power is worthless if the gun isn’t accurate….so just how accurate is the new Maverick?  I used both the FX 33.9gr pellets and the 26gr Hybrid slugs to test the accuracy of the gun at 100yds.  As expected, the pellets were the more accurate of the two projectiles.  As you can see in the two photos below, I got less than a 1″ five shot group with the pellets.  After zeroing, it was my first group of the day.  I stopped shooting the pellets right after that because why continue?  That’s pretty damn accurate!  I then rezeroed the gun for the Hybrid slugs.  The next, and best, five shot group I shot with the Hybrids was just about 1.5″.  Again, that’s pretty good.  The Maverick is capable of some serious accuracy, just as you’d expect from any FX product.

Part of the reason this gun is so accurate is because it’s very easy to shoot.  Not only does it have some great ergonomics, but it also has a top quality FX trigger.  As I understand, it’s the exact same trigger and linkage that is used on the Wildcat MkIII.  Bone stock, right out of the box without any adjustment…the trigger was a wonderful two stage pull with a solid wall and a light, crisp break of less than a pound.  FX produces some of the best bullpup style triggers on the market, and the Maverick certainly has one.

As with any FX product, there is already great demand for this gun.  We’ve got some of them in stock right now here at Baker Airguns, and have more on the way.  Do yourself a favor and check one of these guns out ASAP….as they’re sure to sell out quickly.  Also, I’m very sorry for all of the cheesy Top Gun references….but how could I not?  It’s the Maverick!  Oh, and though I couldn’t find an appropriate place to use this one….I’d just like to say…..because I was inverted. 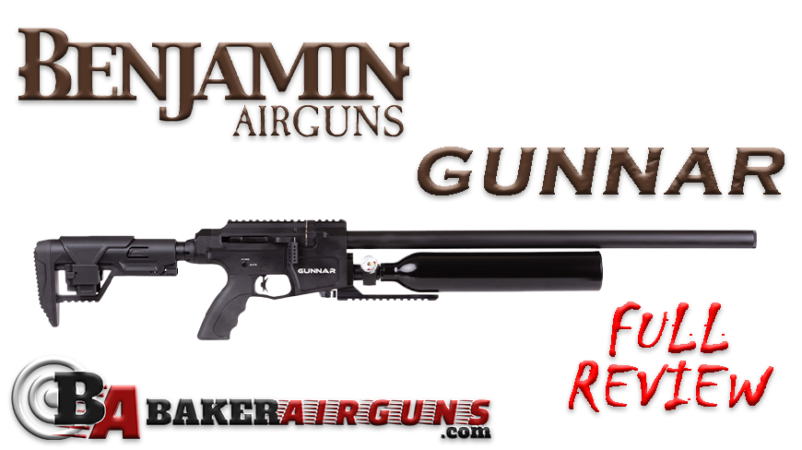 Benjamin has launched a new PCP for 2022.  This is the Gunnar.  It’s the most modern and feature-rich PCP from Benjamin to date.  Manufactured in Turkey, the Gunnar has some impressive specs.  Let’s have a good look at the new gun.  Below is a link to the full review video that accompanies this written report.  … END_OF_DOCUMENT_TOKEN_TO_BE_REPLACED
Read More » 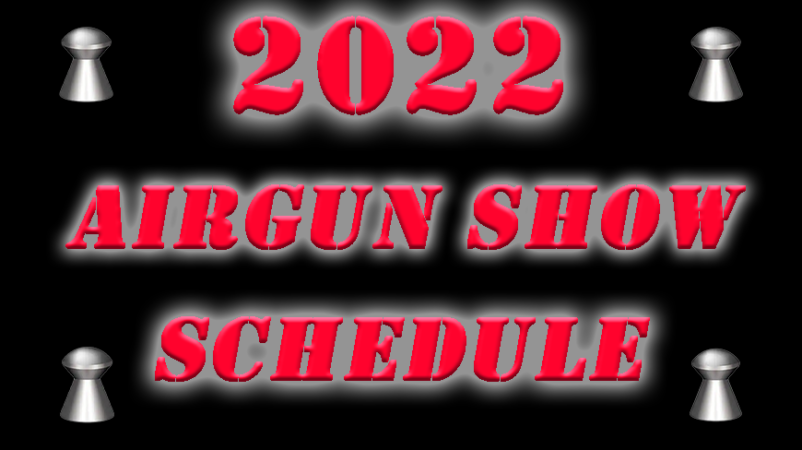 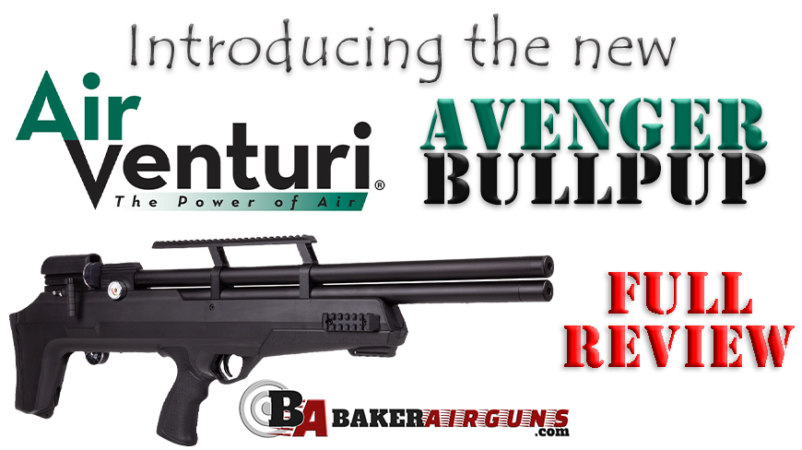 We’ve all come to know and love the Air Venturi Avenger.  Here at Baker Airguns, it’s been one of our best selling rifles since it’s release.  The addition of the wood stock version was also well received.  How could Air Venturi possibly improve on such a fantastic airgun?  Simple.  They could make a bullpup version….and … END_OF_DOCUMENT_TOKEN_TO_BE_REPLACED
Read More » 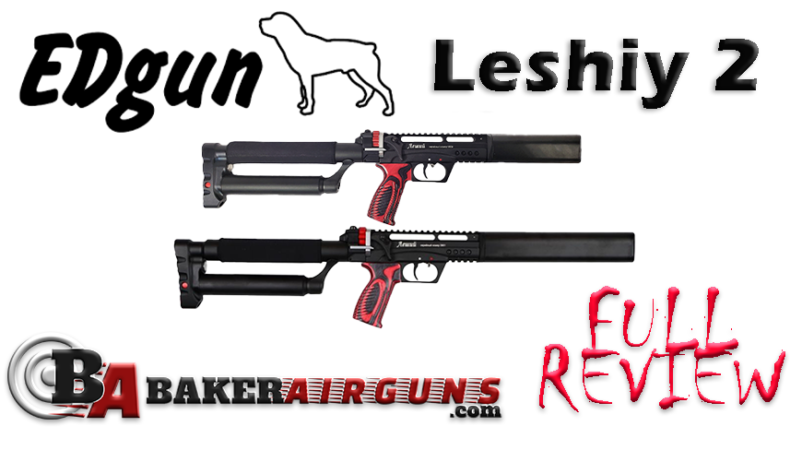 From Russia with love.  That’s the title of the second installment in the James Bond movie series.  Before leaving for his mission in “From Russia With Love”, Q gives Bond a briefcase with some spy gadgets inside.  One of those gadgets is an Armalite AR7 rifle.  It’s a fully capable rifle that packs up small … END_OF_DOCUMENT_TOKEN_TO_BE_REPLACED
Read More » 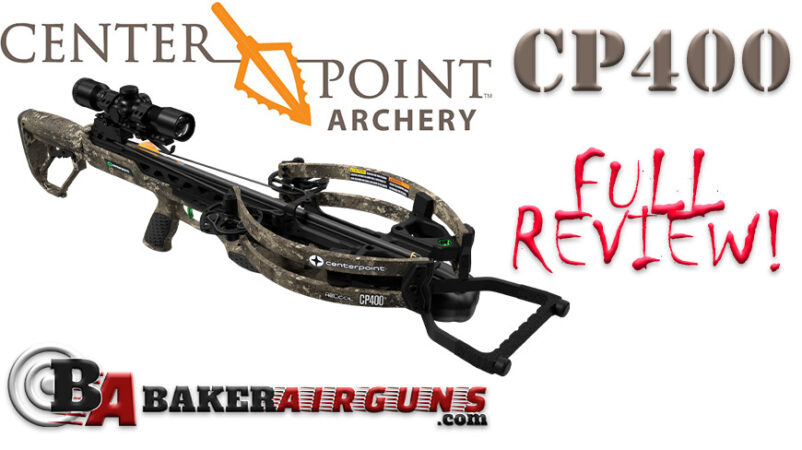 The CP400 is Centerpoint’s best selling, and flagship, crossbow.  Producing a full 400fps with the included 400gr arrows, it is more than powerful enough to hunt any large game in North America.  It shares some features with it’s big brother, the Ravin crossbows.  Both utilize the Helicoil technology in the cam system, and both can … END_OF_DOCUMENT_TOKEN_TO_BE_REPLACED
Read More » 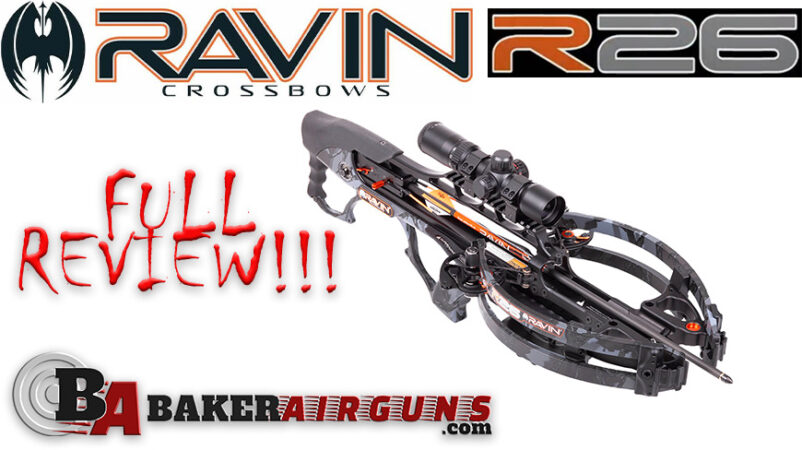 I don’t like crossbows.  Never have.  I’ve owned several, and got rid of every last one of them.  The trouble is, I could shoot a compound bow more accurately than I’ve ever shot with any of the crossbows I’ve owned.  That is, until I tried the Ravin R26.  The Ravin R26 is, hands down, the … END_OF_DOCUMENT_TOKEN_TO_BE_REPLACED
Read More »
Loading...
All orders equal to or greater than $150.00 get FREE Shipping (excluding Alaska and Hawaii)
0%